Our blog post this week comes from one of our founding Chat2lrn members, Judith Christian-Carter (@judithELS) 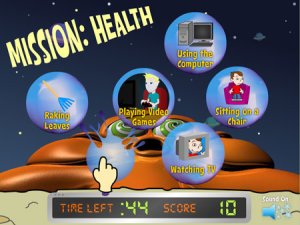 The instigator of this discussion asked “I’m wondering if after close to 50 years of trying, is it time we quit playing around with new means to add games to training and admit there’s something fundamentally wrong with the concept?

So what do you think? Is the concept of games-based learning flawed or are there some good reasons for considering it seriously?

Here is what the instigator of the LinkedIn discussion wrote and which led to a very heated and divided debate:

“It seems that every customer these days is asking for gaming elements to be added to their training. I first started playing with the idea of adding a gaming element to my courseware back in 1995 when we looked at adding a Doom-type walk-through. The effort failed due to costs at the time, but most of the costs and technical issues have been resolved, and there are lots of examples of games and gamification being added to courseware. What’s interesting is while I can find lots of anecdotal evidence of this training being effective at increasing a learner’s attention span and willingness to learn, I can’t find any verifiable, empirical, evidence of it being more effective at conveying knowledge than more traditional methods of training delivery. The effort to add gaming elements to training has been going on since the 1960s, so you would think if anyone was having success, there would be lots of available data to prove it. But the opposite is true.

A review of the gaming industry shows that 78% of new game efforts fail. This is a very important number when you consider the conventional wisdom of many training professionals is that making training more like a game makes the training more attractive to people who play games, but when you consider actually being a game doesn’t make game play attractive 78% of the time, how can we realistically expect game play to make training more attractive? Most of the anecdotal reports of success with gaming I’ve seen involve how learners feel that game-based training teaches a job better, but is it the gaming that’s doing that or the fact that developers of game-based training tend to focus more on start-to-finish job skills to create a gaming scenario and less on tools or other non-task information that make up lots of traditional courseware? Is it the content being developed, and not the delivery method, that’s driving the improved reactions from students?”

OK, forgetting any reference to training, as it’s learning per se that we are really talking about here, the ensuing debate started by discussing the plethora of terms used, such as ‘serious games’, ‘gamification’ and ‘game-based learning’, and whether they were or should be different.

It was apparent that some people were struggling with all these definitions, ie what do they all mean, whilst others were either scornful about treating adults with such elements or saying that it was the best thing since sliced bread! Distinctions were also made between using game-based learning (gamification and serious games) with young people/students and adults, where it was felt that it was OK with the former (because they play games all the time!) but not quite OK with the latter.

Here are some significant quotes from the LinkedIn debate:

“I’m seeing gamification going the same was as the purple cows in (Seth) Godin’s book. There’s a lot of interest in the concept by students when it’s first introduced and new, but it doesn’t take long before boredom with the concept sets in. Our company rolled out a couple of lessons with gamification features a few months ago, and we’re already finding students thinking the medals and awards are meaningless and distracting.”

“It is an invariable principle of all play, that whoever plays, plays freely. Whoever must play, cannot play. If we are forced to do something, it ceases to be play.” (Carse 1986) Training at the adult level can never really be play because it is usually mandatory. K-12 students might fare better because most of them do not have a firm concept of “work” yet, but for adults this might be a major problem.”

“I think that at the end of the day, it is always content, and not delivery, that determines if training will be successful, or what student motivation will be. If a learner doesn’t feel what they are learning is relevant to their goals, then no amount of fun, innovation, or creativity in delivery is going to make them like it better.”

Where do you stand?

If you want further thinking input then check out some or all of the following links: